The shareholders of Strax AB (publ) are hereby summoned to the Annual General Meeting to be held on Tuesday 23 May 2017 at 4.00 p.m. (CET) at the offices of Advokatfirman Vinge, Norrlandsgatan 10, Stockholm, Sweden.

Right to participate at the Meeting

To be entitled to participate at the Meeting, shareholders must

– be recorded in the register of shareholders maintained by Euroclear Sweden AB (the Swedish Securities Register Center) on Wednesday 17 May 2017, and

Shareholders whose shares are registered in the name of a nominee through the trust department of a bank or similar institution must, in order to be entitled to participate in the Meeting, request that their shares are temporarily re-registered in their own names in the register of shareholders maintained by Euroclear Sweden AB. Such registration must be effected on Wednesday 17 May 2017. Shareholders are requested to inform their nominees in good time prior to this date.

Notification to attend the Meeting

Notification to attend the Meeting can be made in writing to Strax AB, Mäster Samuelsgatan 10,
SE-111 44, Stockholm, Sweden, or by phone +46 (0) 8 545 017 50 or by e-mail (ir@strax.com). Shareholders should, when notifying attendance, provide their name, personal identification or corporate registration number, address, telephone number, shareholdings and, where applicable, details of the attendance of any representative(s) and/or assistant(s). In addition, the notification shall, if applicable, be supplemented with complete authorisation documentation such as certificate of incorporation and powers of attorney for representatives.

Shareholders who are represented by a proxy must authorise the proxy by issuing a dated power of attorney. If such authorisation is issued by a legal entity, an attested copy of a certificate of registration or similar must be attached. The power of attorney is valid one year from issuance, or such longer period as specified in the power of attorney, but maximum five years from issuance. The original authorisation and certificate of registration, where applicable, should be sent to Strax AB, Mäster Samuelsgatan 10, SE-111 44, Stockholm, Sweden, well in advance of the Meeting. A proxy form is available on the company’s website (www.strax.com).

Number of shares and votes

The shareholders are reminded of their right to request information pursuant to Chapter 7, Section 32, of the Swedish Companies Act.

2.      Election of the Chairman of the Meeting

5.      Election of one or two persons to approve the minutes

6.      Decision on whether the Meeting has been duly convened

9.      Decision regarding appropriation of the company’s earnings in accordance with the approved balance sheet

10.     Decision regarding discharge from liability of the members of the Board of Directors and the Managing Director

11.     Decision on the number of Directors and deputy Directors

12.     Decision on the remuneration that shall be paid to the Board of Directors and the auditor

14.     Proposal to decide on guidelines for remuneration of the Management and other employees

15.     Proposal to authorise the Board of Directors to resolve upon new share issues

16.     Proposal to authorise the Board of Directors to acquire and sell the company’s own shares

17.     Proposal to adopt principles for the appointment of the Nomination Committee

Appropriation of the company’s earnings (item 9)

The Board of Directors proposes that the company’s results shall be carried forward.

Strax shall offer conditions in line with the market which will enable the company to recruit and retain competent personnel. The remuneration of the Management of the Group shall consist of fixed salary, variable remuneration, share-based incentive programs, pension and other customary benefits. The remuneration is based on the commitment and performance of the individual in relation to individual objectives and joint objectives for the company which have been determined in advance. The individual performance is continuously evaluated.

The fixed salary is in general reviewed on a yearly basis and shall be based on the qualitative performance of the individual. The fixed salary of the Managing Director and the Management shall be in line with the market.

Strax may adopt share-based incentive programs intended to promote the company’s long-term interests by motivating and rewarding the management of the company, among others.

The Board of Directors may, if special circumstances are at hand in a certain case, decide to deviate from the guidelines.

The Board of Directors proposes that the Annual General Meeting resolves to authorise the Board of Directors to up until the next Annual General Meeting, on one or several occasions and with or without preferential rights for the shareholders, against cash payment or against payment through set-off or in kind, or otherwise on special conditions. However, such issue of shares must never result in the company’s issued share capital or the number of shares in the company at any time, being increased by more than a total of 10 per cent.

The reason for the proposal and the possibility to deviate from shareholders’ preferential rights in the proposal is, among other things, to facilitate for the company to carry out acquisitions with payment in shares or to otherwise procure the financing of the company in an active and appropriate manner.

The purpose of the proposed authorisation is to provide flexibility as regards the company’s possibilities to distribute capital to its shareholders and to promote more efficient capital usage in the company, which altogether is deemed to have a positive impact on the company’s share price and thereby contribute to an increased shareholder value.

At the extraordinary shareholders meeting held on 22 December 2016 it was resolved to change the company’s reporting currency to euro. The share capital of the company have now been converted into euro by the Swedish Companies Registration Office and as a final step in the change of the company’s reporting currency the limits of the share capital in the company’s articles of association need to be changed to euro. The Board of Directors therefore proposes that the Annual General Meeting adopt new articles of association regarding that the highest and lowest share capital shall be stated in euro as set out in the table below. It is further proposed that the limits of the number of shares in the company shall be adjusted as set out in the table below.

The annual report, the auditor’s report as well as the complete proposals regarding items 14-17, together with a statement from the auditor pursuant to Chapter 8, Section 54, of the Swedish Companies Act and Chapter 19, Section 22 of the Swedish Companies Act will, as from 2 May 2017, be held available at the company’s office, Mäster Samuelsgatan 10, SE-111 44, Stockholm, Sweden, and will upon request be sent to shareholders who supply their postal address. The material will then also be held available on the company’s website (www.strax.com).

The Board of Directors 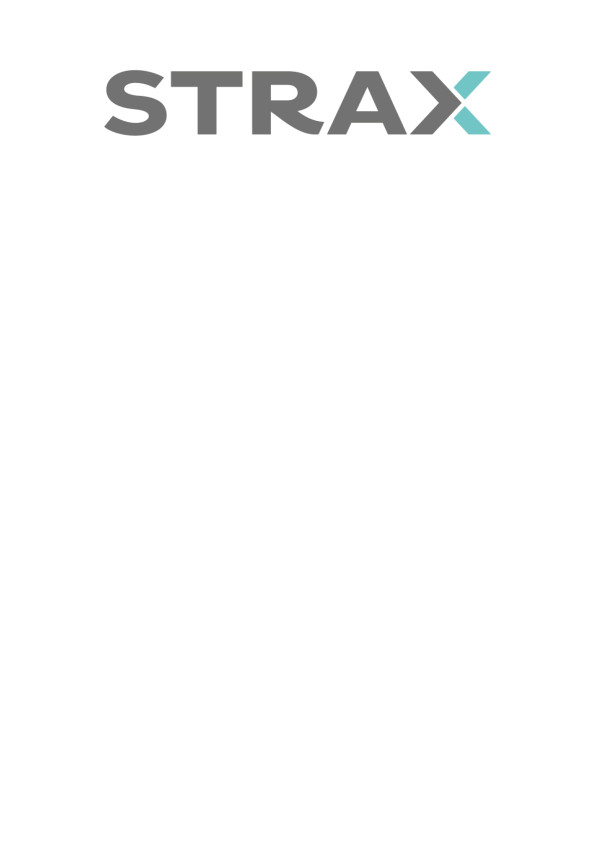